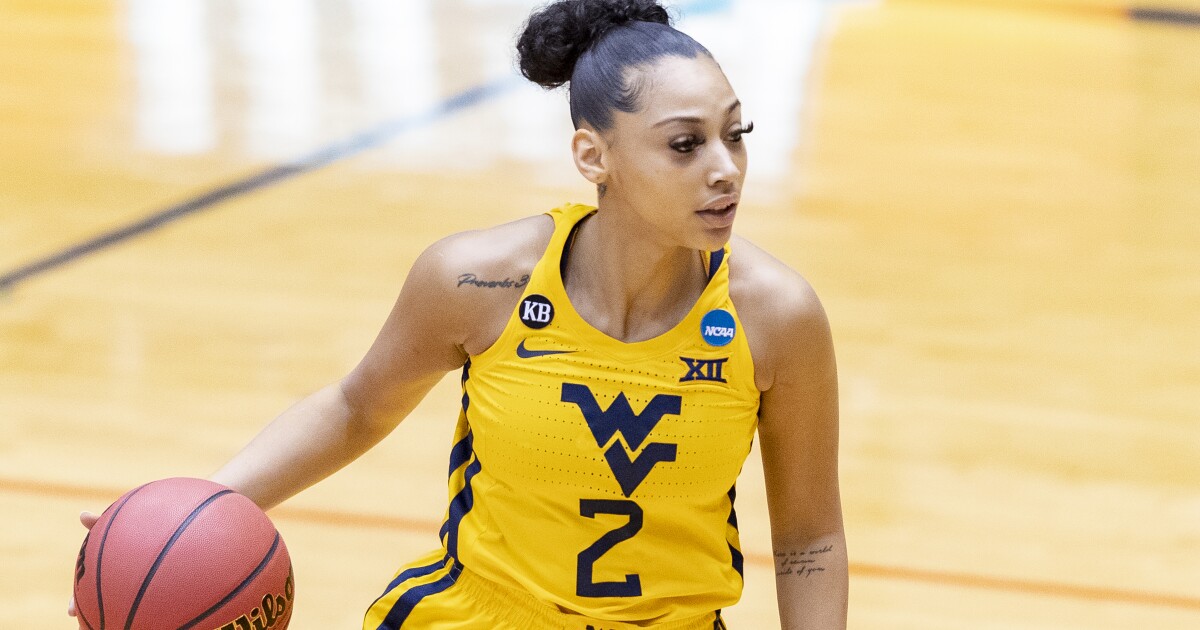 NEW YORK (AP) — Charli Collier said she wrote down goals with her late father when he was hospitalized with cancer five years ago, and being selected No. 1 in the WNBA draft was one of them.

She checked off that goal on Thursday night when the Dallas Wings took her with the first pick.

“He’s here with me. He’s with me in the moment,” Collier said of her dad, who died in 2016. “My dad is so proud of me. Wish he could see this in real life. Nothing can take this moment away from me.”

The Wings also had the No. 2 pick and a rare opportunity to transform the franchise. They chose Awak Kuier, who became the the first Finnish player to be drafted in the WNBA.

It’s the first time in league history that a team had picks No. 1 and 2. The Wings acquired the top pick in a February trade after being awarded the second choice in the draft lottery.

The 6-foot-5 Collier helped the Longhorns reach the Elite Eight. The junior center finished the season averaging 19.0 points and 11.3 rebounds per game, while shooting 51.1% from the field.

“An elite basketball player, so happy that she will be my teammate. Been following her, watching her game,” Collier said Kuier. “Six-foot-5, long, versatile. Can’t wait to get to play with her and know her as a basketball player and a teammate.”

The Wings added Chelsea Dungee with the fifth pick.

Between the Dallas picks, Atlanta chose Arizona guard Aari McDonald, who had a stellar NCAA Tournament, and Kysre Gondrezick of West Virginia went fourth to Indiana.

For the second straight season, the draft was held virtually because of the coronavirus pandemic. Commissioner Cathy Engelbert announced picks from an ESPN studio in New York and players were at home appearing virtually when they were drafted.

With potentially as few as 144 roster spots in the WNBA and so many players under contract or still on their rookie-scale deals, there are not many spots open for players to make teams. There’s a good chance that less than a dozen draftees will be on opening-day rosters this season.

Training camps open around April 25 and the season starts on May 14.

Texas Basketball: Charli Collier is selected No. 1 overall in the 2021 WNBA Draft

Texas star Charli Collier had an impressive collegiate career in Austin. Collier led the Longhorns to the Elite Eight in her final year on the Forty Acres. Now, she can add one more notch to her legacy as she was selected first overall in the 2021 WNBA draft by the Dallas Wings. Collier becomes the […]

Why doesn’t Philly have a WNBA team? The local history of women’s basketball and the case for bringing it back