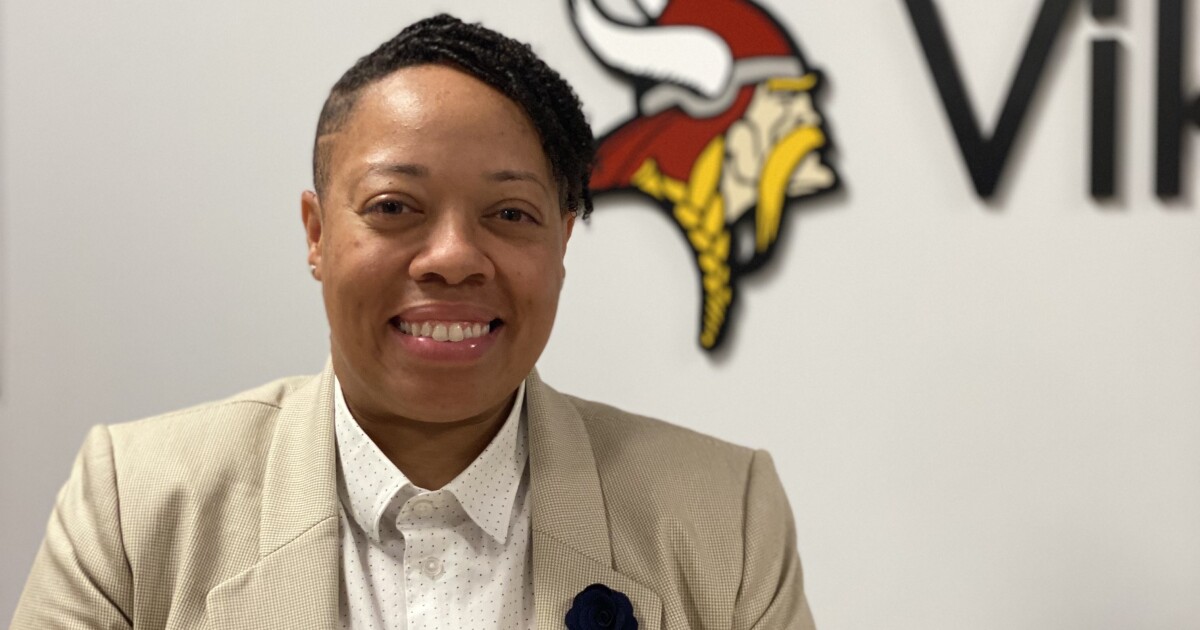 “It’s a surreal feeling and full-circle experience, being back at Princeton, where it all began for me,” Davis said in a release. “It’s a privilege to serve the community and school that gave so much to me.

I’m ready to get back on Viking paint, to work with student-athletes, and empower these young ladies with skills for success. When they graduate from Princeton High School, I want our student-athletes to be proud of the trajectory of their careers and life.”

Davis, the director of basketball operations for the women’s basketball program at University of Texas at Arlington, was named a McDonald’s All-American player, Parade High School All-American and a Women’s Basketball Coaches Association (WBCA) All-American in high school.

She participated in the 2003 WBCA High School All-American game.

“Bringing home one of our own is best for our student-athletes, and what is best for Princeton,” said Princeton principal Ron Bollmer. “Dee Davis understands what it takes to lead by example on and off the court. Her talent, skills, and commitment to excellence will make a Viking difference.”

Davis succeeds Jill Phillips, who decided in mid-March to step away from coaching.

Princeton had a 15-7 record this past season, including 10-5 in the Greater Miami Conference.

Davis is expected to begin her position at Princeton in early May.

“We quickly identified an individual that is going to lead the Lady Vikes basketball players in the future,” Princeton athletic director Joe Roberts said.

“Coach Davis has always been a Princeton Viking. With her banners hanging in our arena, she went on to the highest level of professional basketball and we are looking forward to the return of our 2003 graduate onto our home court.”

Davis earned a degree in communications and was a four-year starter for Vanderbilt University (2003-2007). At Vanderbilt, Davis was a two-time All-Southeastern Conference (SEC) point guard scoring over 1,000 points, while setting the Commodores all-time career assists record of 730. She led the team in two SEC Championships, two Sweet Sixteen Conference appearances, and two second-round NCAA appearances.

Davis was selected by the Houston Comets of the Women’s National Basketball Association (WNBA). She also spent time with the Seattle Storm and in training camp with the San Antonio Silver Stars.

After playing for the WNBA, Davis was a basketball player overseas and later coached basketball and softball at University School of Nashville.

She was recognized as a 2017 SEC Legend and is the author of “Player’s Guides to College Hoops.”

Most recently, she has coached at three collegiate women’s basketball programs including University of Texas-Arlington, Tennessee State and Bradley.

Clark verbally agreed Thursday with the Mystics on a contract, Rachel Galligan of WNBAinsidr.com reports. 01/28/2021 10:41 AM The terms of Clark’s deal may not be known for a few more days, but she appears set to move on to a new organization after a nine-year run with the Storm. The 5-foot-11 forward started in […]

Hi IBMer! The IBM strategic repository for digital assets such as images and videos is located at dam.ibm.com. This repository is populated with tens of thousands of assets and should be your first stop for asset selection. NO THANKSCHECK IBM DAM Click here to request Getty Images Premium Access through IBM Creative Design Services. Source