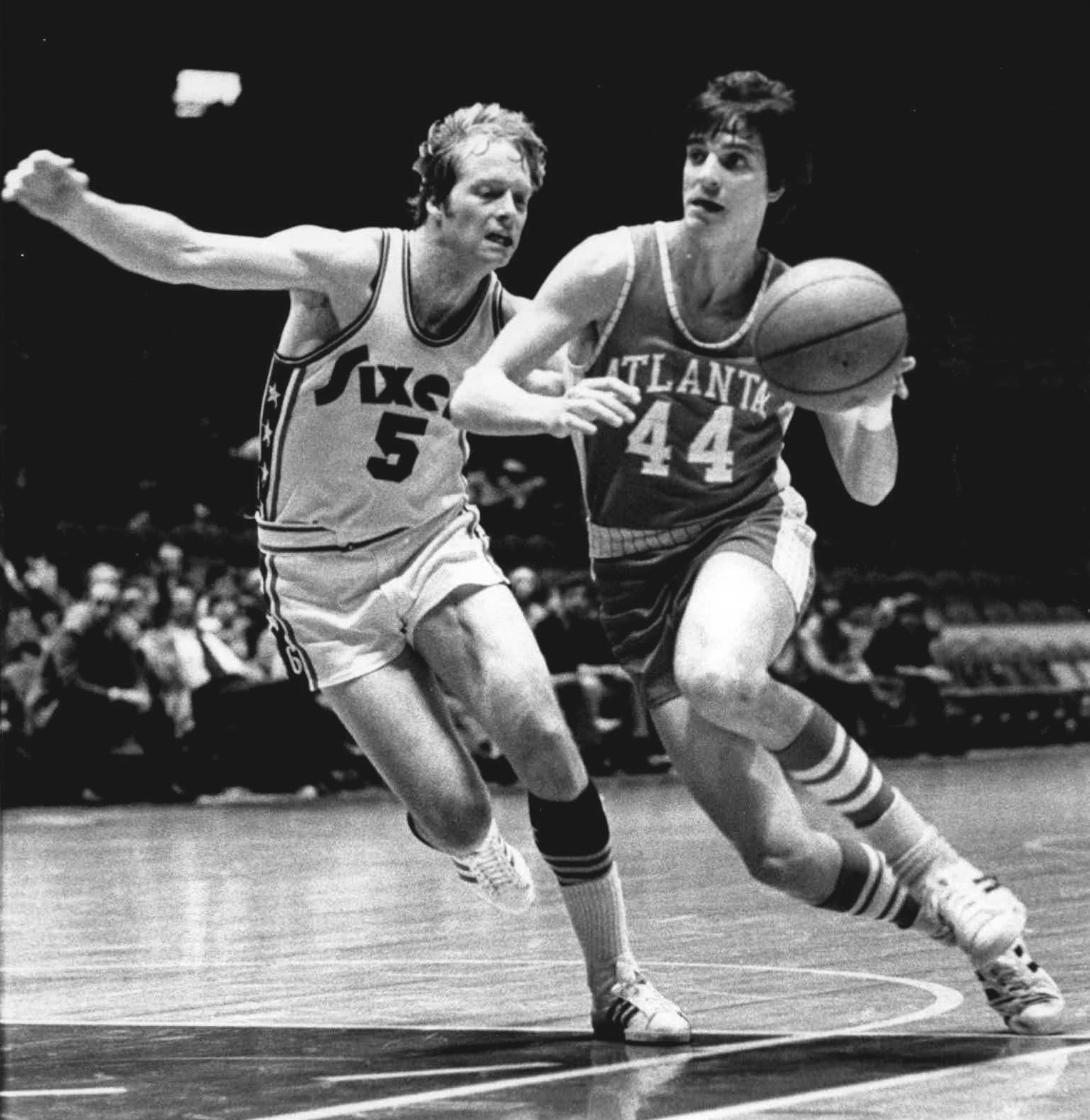 Taken by a heart attack while playing basketball at the young age of 40, Pete Maravich may have been the greatest ball handler and scorer of all time. Maravich averaged 44.2 points a game while at Louisiana State University. Keep in mind, he did this before there was a three-point shot

. While Maravich’s Hall of Fame talent was undeniable, Marvich’s LSU teams never went to the NCAA tournament. Maravich also never had a deep run in the playoffs with the Hawks or Jazz. The farthest Maravich went was the Eastern Conference Finals in 1980, on a team led by rookie sensation Larry Bird, who may or may not crack this list later on. 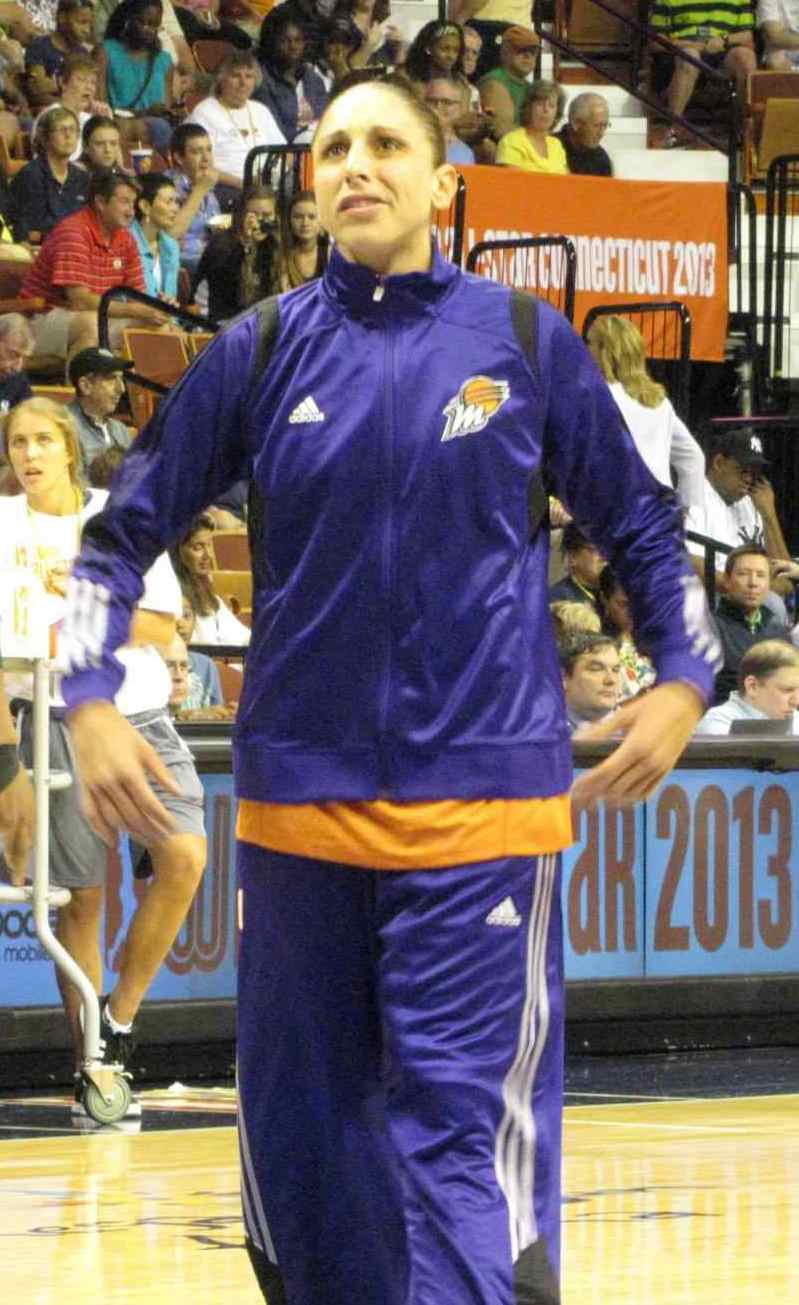 Diana Taurasi was one of the most celebrated high school players of all time. She followed up on her promise by leading the University of Connecticut to three consecutive National Titles. In Athens, Greece, she led the United States women’s basketball team to the Gold Medal, in a year that the men took home a bronze. As a member of the Phoenix Mercury in the WNBA, Taurasi has not only been a league MVP, but also a two-time champion. There is no level of basketball on which Taurasi has not excelled and dominated in both team, as well as individual, play. 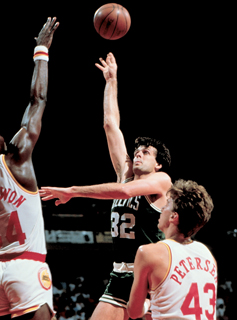 Kevin McHale once famously remarked that playing second fiddle to Larry Bird was still a pretty mean fiddle. If playing basketball and playing the fiddle were the same thing, Kevin McHale could have won a gold fiddle from the Devil. It would look like nice next to all of the other hardware McHale collected in his playing career. McHale , on Bird’s Celtic teams, was a three-time NBA champion. McHale himself was a seven-time All Star selection, and an unbelievable defensive presence in the 1980’s.  When McHale got into his zone, he would refer to putting all potential opponents into the “torture chamber.” 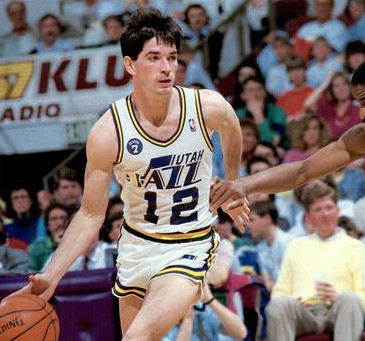 On John Stockton’s tombstone, they may have to clear things up by saying, “…but he had to play Jordan’s Bulls.”  It is true that John Stockton was never an NBA champion. However, when they talk about unbreakable records, they might have to put Stockton’s  15,806 assists next to Joe DiMaggio’s hitting streak. Stockton averaged 10.5 assists per game. Stockton is a Hall of Famer, a member of the 1992 Dream Team that won the Gold Medal in Barcelona, and was named one of the 50 Greatest Basketball Players in NBA history in 1996.

Eight-time NBA All-Star Steve Nash first gained the notice of the basketball world in 1993. Nash led the 15th seeded, and lightly regarded, Santa Clara to an improbable upset win over 2 seed Arizona in the first round of the NCAA Tournament.

Nash is one of the best, most productive point guards in the league, having won back-to-back season MVP trophies after reaching the age of 30. Currently ready to continue his career with the Los Angeles Lakers, Nash will be a sure-fire first ballot Hall of Famer. Nash is already one of the greatest motors to ever power any NBA team.

Dirk Nowitski is a defensive nightmare that NBA teams had previously not even dreamed of. Nowitzki is a 7-footer who can shoot a three-point shot. The last time that there was a shot this unstoppable was Kareem Abdul-Jabbar’s Skyhook. German-born Nowitzki has cemented his legacy in the NBA by not only winning the MVP award (2007,) but also for helping the Dallas Mavericks win their first-ever NBA Championship. In the annals of Mavericks basketball history, there is only B.D. (Before Dirk) and A.D. (after Dirk.)

When people list the greatest NBA, or even greatest Laker, centers of all time, it’s a shame that George Mikan might slip anyone’s mind. To review, George Mikan led DePaul University to the 1945 NIT Championship. During that time, the NIT was the important tournament, the one that helped determine a National Champion. Mikan was the MVP of the National Basketball League, before the merger that made it the NBA. Mikan then became a five-time NBA Champion with the then-Minneapolis Lakers. In 1950, an AP poll named George Mikan as the consensus “best basketball player of the half-century. Mikan received this honor while still an active player with the Lakers.

Lovingly nicknamed after the John Wayne movie “Hondo,” John Havlicek first made a splash as a member of the 1960 Ohio State team that won the NCAA Championship. Havlicek was one of the first to alternate between the shooting guard and small forward positions. As a team leader, Havlicek was a thirteen time All-Star, in addition to be being the Finals MVP in 1974. Playing for the Boston Celtics, Hondo won eight NBA Championships but, more importantly for his individual legacy, he won two of them after Bill Russell retired.

Perhaps the greatest revolution that “Hondo” engineered, however, was the fact that he started his Hall of Fame career by coming off of the bench. Havlicek was one of the first to demonstrate the true importance of the “Sixth Man.” 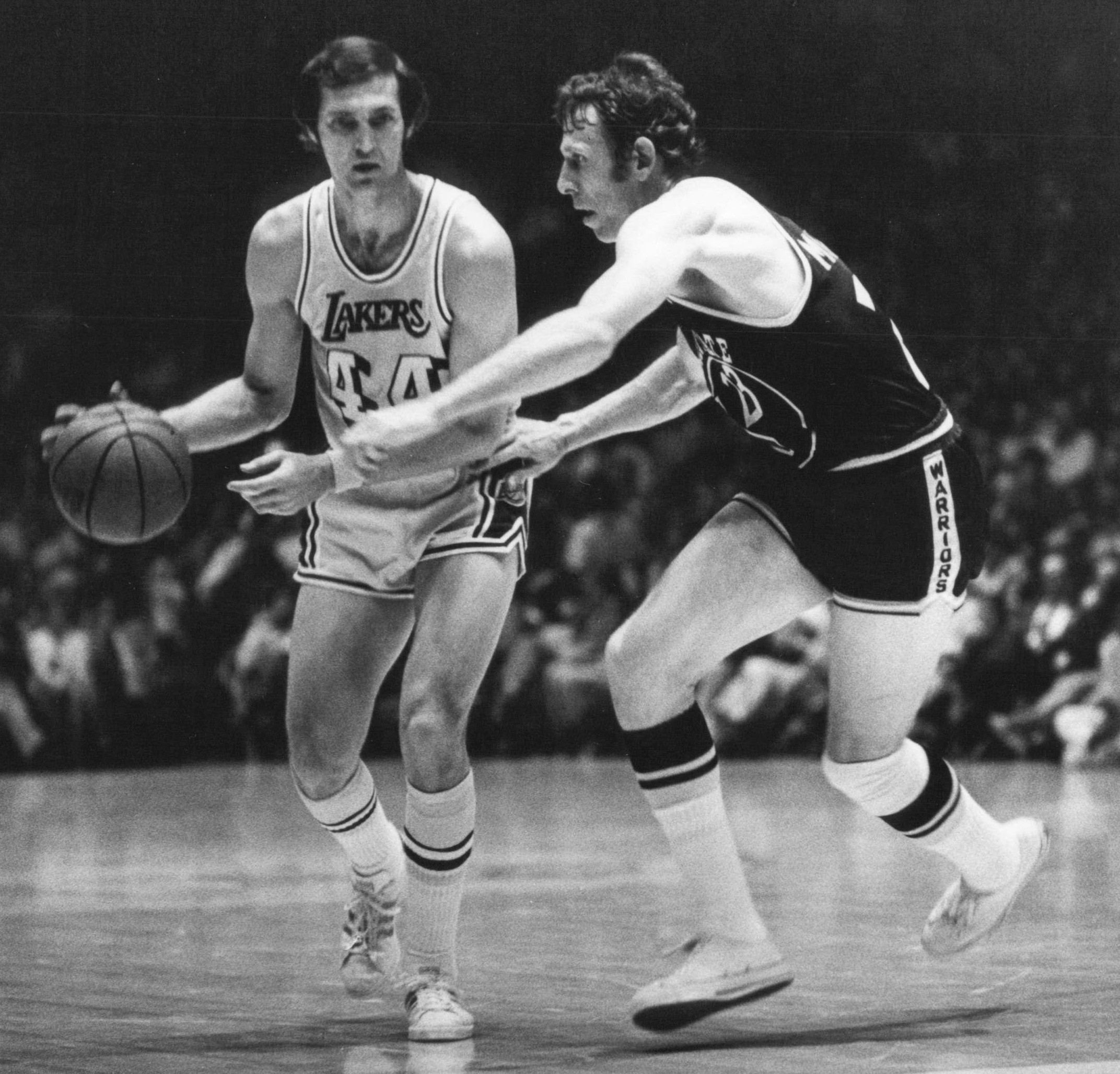 Sometimes, stats and championships do not tell the whole story. In West’s heyday, if you needed a player to help seal a win, then you wanted him playing for you. There was never a more apt nickname than “Mr. Clutch” for a basketball player. These days, people know Jerry West by another nickname: “Logo.” When you look at the silhouette in the NBA’s modern logo, you are looking at Jerry West.

For over a decade, West came up against the dominant buzz saw that was the Boston Celtics dynasty. Finally, in 1972, West and the Lakers broke through to become champions. West would go on to be coach of the Los Angeles Lakers (never missing the playoffs in his three years,) as well as becoming the architect of several NBA Champions, serving General Manager of the club from 1983-2002.

So yeah, he squeaked onto the list after all.

Even when the stats are gaudy, they don’t always encompass the true legend. Larry Bird was a three-time MVP, three-time NBA Champion, 1992 Olympic Gold Medalist, and the only man ever to win the MVP, Coach of the Year, and Executive of the Year Awards. Larry Bird’s run to the Finals of the NCAA Tournament with Indiana State helped to revolutionize how we view the modern-day spectacle of the Final Four. Bird’s rivalry with Magic Johnson was not only the stuff of legend, but the rivalry is also now a Broadway play. Larry Bird helped to create the NBA as it is today. This is the one and only possible spot for “Larry Legend.”

Liked it? Take a second to support Toptenz.net on Patreon!

WNBA 2020: We Came, We Watched Basketball, and Oh How We Thirsted

Queers! We made it to the end of the WNBA season. The players have been released from their Wubble and a new champion has been crowned. Some players had already traveled overseas to begin their seasons there before the celebratory champagne had even been popped. In what turned about to be a relatively anticlimactic series, […]